Chief Watson, a Town of Woodbury resident for over 19 years, has a total of 23 years of law enforcement experience. He joined the department in 2000. He was promoted to the rank of Sergeant in 2003. During the year of 2016, he was promoted to his current rank of Chief. Chief Watson is a graduate of the FBI National Academy, Session 249, and has attended the IACP Leadership and Police Organizations. Lastly, Chief Watson attended the FBI/LEEDS Mid-Atlantic Law Enforcement Executive Development Seminar. 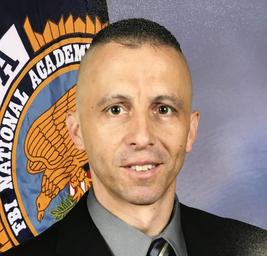 Woodbury is an internationally recognized tourist destination and business hub within Orange County, NY. We host one of the most recognizable retail locations in the world, Woodbury Common Premium Outlets. The mall brings over 14 million visitors to our town annually. Founded in 1889, the Town of Woodbury spans 37.2 beautiful square miles in the Hudson Valley's picturesque landscape. Known as the "Gateway to Orange County", Woodbury borders the United States Military Academy at West Point in the nearby Town of Highlands. The Schunnemunk Mountains weave through the north end of the Town and the Woodbury Creek flows through the south end. Only 45 minutes north of NYC, this vibrant town is ever changing yet retains its small feel roots with just over fourteen thousand residents. This police department has proudly served the residents of this town since 1889 and will continue to adapt as our Town grows and flourishes.

Message from the Chief of Police 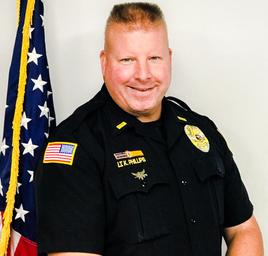 ​Lieutenant Phillips, has a total of 26 years of law enforcement experience. He joined the department in April of 1996. Lieutenant Phillips is a United States Navy Veteran and served during Operation Desert Shield/Storm. He was promoted to the rank of Sergeant in 2012 and then to his current rank of Lieutenant in 2017. He currently serves as the Commander of the Department's Tactical Response Unit and has been a member of the team since it's inception.